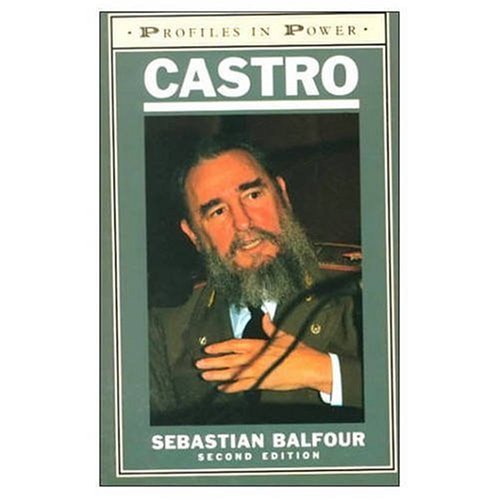 First published in 1990 and now updated and expanded, this study is more than a personal biography: rather, it assesses Castro's career from his rise to power in the drama of the Cuban Revolution through the difficult years of independence to (in this revised text) its apparent twilight now. Cool but not unsympathetic, it avoids the simplifications of right-wing denunciation and left-wing hagiography, and the second edition reinforces its claim to be the best short introduction to this controversial and charismatic figure currently available.

'This is not just another book on Cuba or Fidel Castro.  Balfour displays both passion and critical acumen as he delves into the mind and actions of the man under whose leadership the people of Cuba have inscribed pages of human solidarity over one of the most convulsed periods of contemporary history.' Pedro Pérez Sarduy, author of Las Criadas de La Habana (The Maids of Havana) and Associate Fellow, Caribbean Studies Centre, London Metropolitan University.

'Fidel Castro may have formally relinquished office but he still casts a long shadow over the Cuban revolution, and Sebastian Balfour succeeds in analysing both the man and his legacy with admirable judiciousness. A timely and highly knowledgeable update of a classic work on one of the most fascinating leaders of our time.' Francisco Panizza, Senior Lecturer in Latin American Politics, The London School of Economics and Political Science.

The story of Fidel Castro has few parallels in contemporary history. None of the important Third World leaders of the twentieth-century played such a prominent and restless part on the international stage and none survived as head of state for as long. Over almost 50 years, he was one of the most controversial political figures in the world, and his legacy has yet to be fully evaluated. Some of his most cherished plans were realized and are a model for many Third World countries. Yet despite enormous sacrifices by Cubans, his grand vision remains unfulfilled and its continued pursuit is full of risks.

The completely revised third edition of this lively and much acclaimed political biography provides the first full retrospect of Castro’s remarkable career right up to his illness and withdrawal from power in February 2008, incorporating analysis of:

·                    the major geopolitical reconfiguration of Latin America in the late 1990s, and the new Cuban-Venezuelan relationship under Hugo Chavez

It also revisits earlier events in Castro’s career, for instance the various assassination plots against him, the Cuban missile crisis and the Soviet invasion of Czechoslovakia in the light of documents released by Cuba and the US over the past decade and a half.

Sebastian Balfour is Emeritus Professor at the London School of Economics and Political Science.  He has published widely on twentieth-century Spanish history and on the links between Spain and Cuba.