Items related to Bellissima: Feminine Beauty and the Idea of Italy 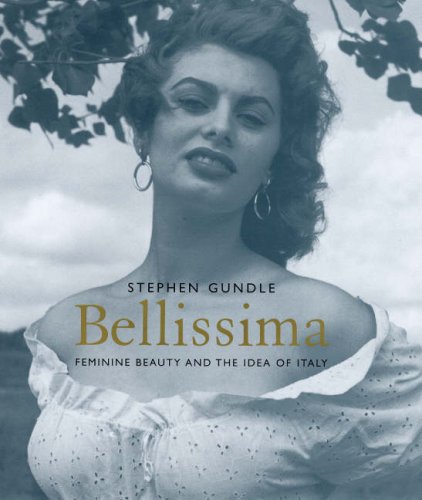 Bellissima: Feminine Beauty and the Idea of Italy

Quantity: 1
View all  copies of this book
Buy Used
Price: US$ 26.00 Convert Currency
Shipping: US$ 4.00 Within U.S.A. Destination, rates & speeds
Add to basket

Title: Bellissima: Feminine Beauty and the Idea of ...

Feminine beauty has been more associated with national cultural identity in Italy than in any other country. From the time of Dante and Petrarch, ideals of beauty have informed artists’ work. This intriguing and gloriously illustrated book investigates the many debates this topic has provoked in modern Italy.

Radicals and monarchists, Catholics, Fascists, and Communists have all championed specific ideas about female beauty. First theater and the press, then, later, cinema and television inherited from literature and art the task of articulating ideals. Gundle examines Fascism's failure to mold the ideal modern Italian woman, the rise of beauty pageants after World War Two, the professional and public roles of television actresses, the election of the first non-white Miss Italy in 1996, and the careers and images of beautiful women who have been seen to embody the country Queen Margherita of Savoy, the opera singer Lina Cavalieri, and movie icons Gina Lollobrigida, Claudia Cardinale, Monica Bellucci, and Sophia Loren, who remains the living symbol of Italy and one of the most beautiful women in the world.

Stephen Gundle is professor of Italian cultural history at Royal Holloway, University of London. He is the author of Between Hollywood and Moscow and The Glamour System.