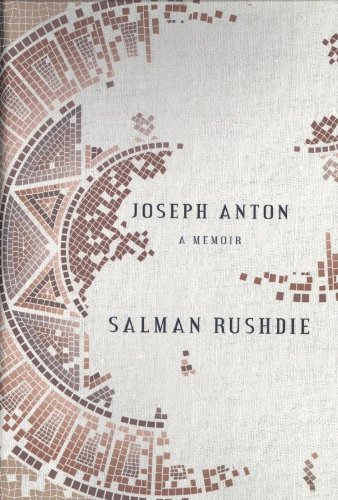 Quantity: 1
View all  copies of this book
Buy Used
Price: US$ 75.00 Convert Currency
Shipping: US$ 5.00 Within U.S.A. Destination, rates & speeds
Add to basket

Signed by Author on the title page - signature only. A First edition, First printing. Book is in Fine condition. Boards are clean, not bumped. Interior is clean and legible. Not remaindered. Dust Jacket is in Fine condition. Not chipped or crinkled. Not price clipped. Dust Jacket is covered by Mylar Brodart. All-Ways well boxed, All-Ways fast service. Thanks. Seller Inventory # 018779

On 14 February 1989, Salman Rushdie was sentenced to death by the Ayatollah Khomeini, guilty of having written The Satanic Verses, a book 'against Islam'. In this memoir he tells the story of the nine years that followed, describing his life as a writer forced underground, moving from house to house, always with an armed police protection team, struggling to be free of the fatwa and living under another name - Joseph Anton.

Salman Rushdie is the author of eleven novels—Grimus, Midnight’s Children (for which he won the Booker Prize and the Best of the Booker), Shame, The Satanic Verses, Haroun and the Sea of Stories, The Moor’s Last Sigh, The Ground Beneath Her Feet, Fury, Shalimar the Clown, The Enchantress of Florence, and Luka and the Fire of Life—and one collection of short stories: East, West. He has also published three works of nonfiction: The Jaguar Smile, Imaginary Homelands: Essays and Criticism 1981–1991, and Step Across This Line, and coedited two anthologies, Mirrorwork and Best American Short Stories 2008. He is a former president of American PEN.