Items related to Deck the Halls 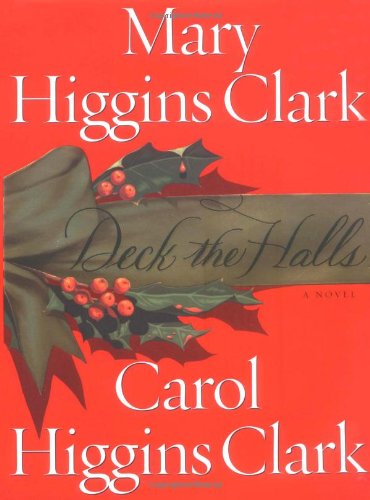 When Regan Reilly's father, Luke, mysteriously vanishes just before the Christmas holidays, she turns to her parents' neighbors, Willy and Alvirah, for help in finding him, only to discover that Luke and the driver of the taxi in which he had been riding have been kidnapped and are being held for ransom by the disinherited son of his Luke's partner.

Mary Higgins Clark's books are world-wide bestsellers. In the U.S. alone, her books have sold over 85 million copies.

She is the author of twenty-seven previous suspense novels. Her first book, a biographical novel about George Washington, was re-issued with the title, Mount Vernon Love Story, in June 2002. Her memoir, Kitchen Privileges, was published by Simon & Schuster in November 2002. Her first children's book, Ghost Ship, illustrated by Wendell Minor, was published in April 2007 as a Paula Wiseman Book/Simon & Schuster Books for Young Readers.

Carol Higgins Clark is the author of nine previous bestselling Regan Reilly mysteries. She is coauthor, along with her mother, Mary Higgins Clark, of a bestselling holiday mystery series. Also an actress, Carol Higgins Clark studied at the Beverly Hills Playhouse and has recorded several of her mother's works as well as her own novels. She received AudioFile's Earphones Award of Excellence for her reading of Jinxed. She lives in New York City.