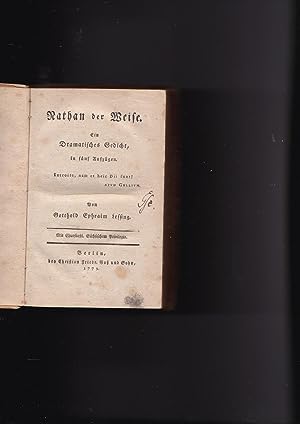 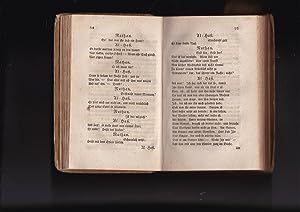 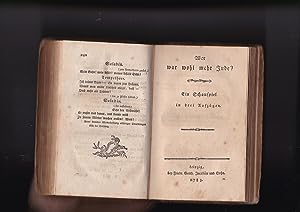 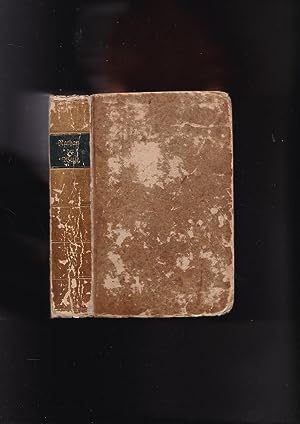 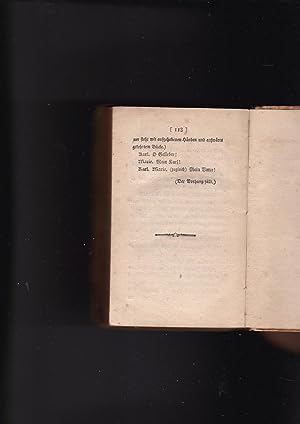 In German. 158 x 108 mm. Two books bound together. Paper covered boards. boards are worn at all edges, corners, scuffed. 158 x 106 mm. Nathan der Weise: [4], 240 pages. This is an early printing, but not the 1st printing of the 1st edition, with its misspelling on page 95 etc. Wer war wohl mehr Jude?: 118 pages. J. Karl Latich acknowledged the authorship of the 1783 work, a plagiarism of Nathan der Weise. Gotthold Ephraim Lessing (January 22, 1729 Kamenz, Upper Lusatia, Saxony, Germany - February 15, 1781 Braunschweig, Brunswick, Germany) was a dramatist, critic, and writer on philosophy and aesthetics who helped free German drama from the influence of classical and French models and wrote the first German plays of lasting importance. His critical essays greatly stimulated German letters and combated conservative dogmatism and cant while affirming religious and intellectual tolerance and the unbiased search for truth. He published Nathan der Weise, a "dramatic poem" in iambic verse in 1779. It is a didactic play of a theological and philosophical nature, combining ethical profundity with many comic touches, and is a work of high poetic quality and dramatic tension. In Nathan der Weise Judaism, Christianity and Islam are depicted as having an equal ethical basis, and the play celebrates man's true religion, love, unprejudiced actions and devotion to the service of mankind. The representatives of the three religions are Nathan, Christian (the Templar) and Saladin. Only the Jew, in whose character Lessing paid tribute to his old friend Moses Mendelssohn, lives up to the ideal of full humanity; he alone is capable of complete self-abnegation and has the courage to speak the truth even to the mighty. At the end the main characters discover that they are blood relatives, which underscores their common membership in the larger family of mankind. Seller Inventory # 003943