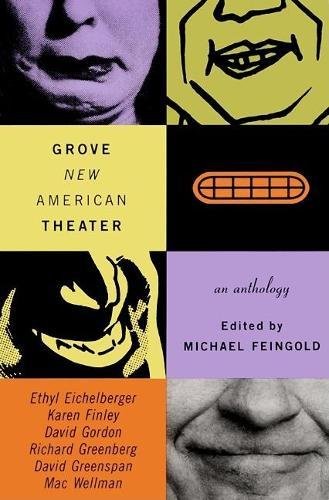 Plays included in this volume are: Dasvedanya Mama, Ethyl Eichelberger; The Theory of Total Blame, Karen Finley; The Mysteries and What’s So Funny?, David Gordon; The American Plan, Richard Greenberg; Dead Mother, or Shirley Not All in Vain, David Greenspan; and Sincerity Forever, Mac Wellman.

In recent seasons, theater has witnessed one of the fiercest examination yet of its art, as playwrights and performance artists continue to re-form image and language. In this collection, editor Michael Feingold has gathered the works of six contemporary and frequently controversial authors, all of whom have won acclaim for their originality and accomplishment.