Items related to Bamboozled!: How America Loses the Intellectual Game... 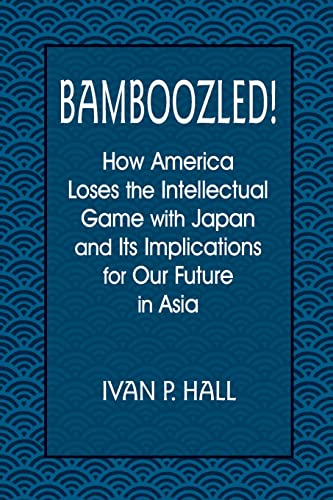 Bamboozled!: How America Loses the Intellectual Game With Japan and Its Implications for Our Future in Asia

Title: Bamboozled!: How America Loses the ...

As the influence of the United States in Asia declines with the end of the Cold War, America must look more to brains than military might in achieving our objectives in the region. But after repeatedly allowing Japan - our closest ally in Asia - to mislead us intellectually and psychologically, how well are we prepared to deal with less friendly emerging powers like China and India? Based on three decades of on-the-spot observation and participation in Japan, Ivan Hall's provocative work draws the reader into a world of intellectual manipulation and gullibility, false images, emotional blackmail, financial beguilement, and fatuous expectations. It illuminates the many ways that American ideological hubris and Japanese pleading for special treatment combine to deprive our trans-Pacific dialogue of the honesty, openness, and plain common sense of our trans-Atlantic intellectual ties with Europe.

Written with rare wit and panache, this book is an intellectual box of chocolates for serious Japan watchers. -- Eamonn Fingleton, author In Praise of Hard Industries