Items related to Under Fire: An American Story **Signed** 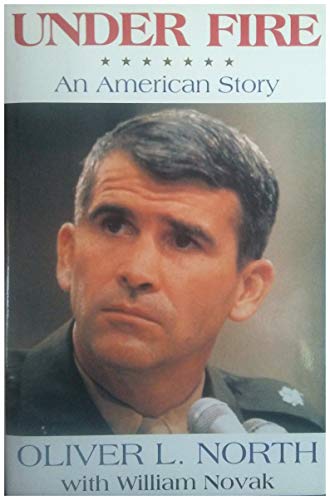 Under Fire: An American Story **Signed**

Quantity: 1
View all  copies of this book
Buy Used
Price: US$ 25.00 Convert Currency
Shipping: US$ 5.00 Within U.S.A. Destination, rates & speeds
Add to basket

Signed by the Author on the Title page. First edition but a 4th printing. Book is in Very Good + condition. Boards are clean, not bumped. Fore edges have a small amount of shelf wear. Interior is clean and legible. Not remaindered. Dust Jacket is in Very Good + condition. Tiny bit of edge wear, tiny bit of crinkle. Not price clipped. Dust Jacket is covered by Mylar wrapper. All-Ways well boxed, All-Ways fast service. Thanks. Seller Inventory # 018136

Addressing, for the first time, the events that led to his trial, Oliver North explains his role in the Iran-Contra affair and discusses the involvement of other powerful politicos. 450,000 first printing. $300,000 ad/promo. BOMC. First serial, Time. Tour.

This autobiography of Lt. Colonel Oliver North covers his childhood, his military career--including Vietnam, his troubled marriage, near nervous breakdown and his own version of the events that became known as Iran-Contra. The subjective storytelling techniques he and co-author William Novak chose work well in the audio format. Without being too obvious, Christopher Hurt gives the impression of someone telling his own story sounding confused, angry, incredulous or grateful, as needed. The program includes some notes and an appendix with two documents: a commendation from Ronald Reagan and a plea for clemency prepared by his lawyers. W.W.G. (c)AudioFile, Portland, Maine