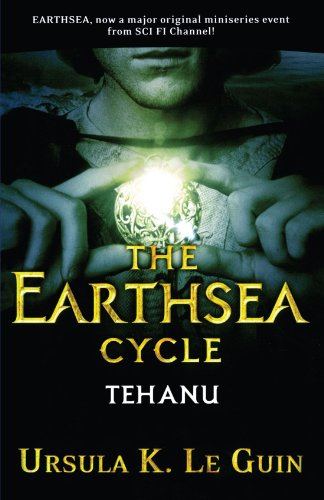 Years ago, they had escaped together from the sinister Tombs of Atuan—she, an isolated young priestess; he, a powerful wizard. Now she is a farmer's widow, having chosen for herself the simple pleasures of an ordinary life. And he is a broken old man, mourning the powers lost to him through no choice of his own.

Once, when they were young, they helped each other at a time of darkness and danger and shared an adventure like no other. Now they must join forces again, to help another in need -- the physically and emotionally scarred child whose own destiny has yet to be revealed.

With millions of copies sold worldwide, Ursula K. Le Guin's Earthsea Cycle has earned a treasured place on the shelves of fantasy lovers everywhere, alongside the works of such beloved authors as J. R. R. Tolkien and C. S. Lewis.

Ursula K. LeGuin follows her classic trilogy from Earthsea with a magical tale that won the 1991 Nebula Award for Science Fiction. Unlike the tales in the trilogy, this novel is short and concise, yet it is by no means simplistic. Promoted as a children's book because of the awards garnered in that category by her previous work, Tehanu transcends classification and shows the wizardry of female magic. The story involves a middle-age widow who sets out to visit her dying mentor and eventually cares for his favorite student.