Items related to Outlaw Journalist: The Life and Times of Hunter S.... 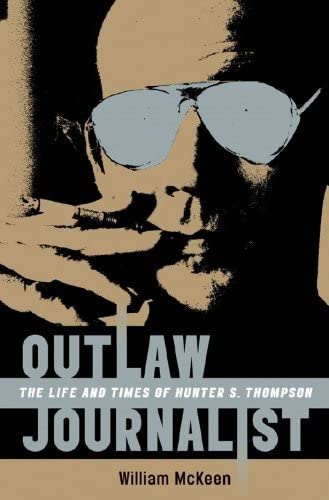 Outlaw Journalist: The Life and Times of Hunter S. Thompson

Quantity: 1
View all  copies of this book
Buy Used
Price: US$ 15.00 Convert Currency
Shipping: US$ 9.50 From Canada to U.S.A. Destination, rates & speeds
Add to basket

Title: Outlaw Journalist: The Life and Times of ...

The famous inventor of Gonzo journalism portrayed as never before, both his charisma and his adventurous work.

Hunter S. Thompson detonated a two-ton bomb under the staid field of journalism with his early magazine pieces and revelatory "Fear and Loathing in Las Vegas" and "Fear and Loathing" campaign coverage in Rolling Stone. When Thompson was on, there was no one better at capturing who Americans were and what America was, be it in politics, at the Kentucky Derby, or in the Hells Angels' lair. William McKeen became friends with Thompson after writing a monograph on his journalism. McKeen now has interviewed many of Thompson's associates who wouldn't speak before, from childhood friends to colleagues, to assistants who sat around the Woody Creek, Colorado, kitchen control room late at night when Thompson did most of his work. McKeen gets behind the drinking and drugs to show the man and the writer―one who was happy to be considered an outlaw but took the calling of journalism as his life. 16 pages of photographs About the Author:

William McKeen, chair of the journalism department at Boston University, has written or edited thirteen books including Outlaw Journalist, Highway 61, and Everybody Had an Ocean.