Items related to Once a Fighter Pilot 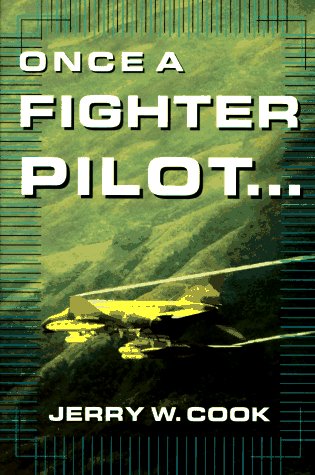 Once a Fighter Pilot

Quantity: 1
View all  copies of this book
Buy Used
Price: US$ 24.94 Convert Currency
Shipping: US$ 5.00 Within U.S.A. Destination, rates & speeds
Add to basket

Title: Once a Fighter Pilot

Jerry Cook, Retired Air Force Reserve Brigadier General, grants readers the rare privilege of going along for the ride as he tells the fascinating story of how he became an Air Force pilot and flew numerous combat missions. Along the way he describes enduring fear and emotional extremes few fighter pilots have previously confessed to, immersing the reader in the rarefied-and very human-world of the jet fighter pilot.

Climb aboard a jet fighter for the most hair-raising ride of your life! "Once a fighter pilot, always a fighter pilot." The old adage epitomizes Jerry Cook, who spent 28 years at the controls of Air Force jets, including some 400 hours flying F-4 Phantoms on combat missions over Vietnam. Here is an unflinching account of his experiences--alternately poignant and side-splitting, always extraordinarily honest and compelling. Cook gives you a rare insider's glimpse into the world of flying's elite, describing the rigorous training required to become an Air Force fighter pilot and revealing the true nature of men thought of as swaggering, larger-than-life top guns. You'll meet flesh-and-blood human beings who feel all the fears and misgivings you would expect of people facing death almost daily. Cook also whisks you along on heart-stopping combat missions. Fly with him in Air Force F-4 Phantoms over enemy territory dodging shrapnel, missiles, and other aircraft. Along the way, you'll get an eye-opening look at one of the most tumultuous eras in U.S. history--as seen through the eyes of men who risked their lives for a cause that threatened to tear a nation apart.