Items related to Digging for the Truth : One Man's Epic Adventure... 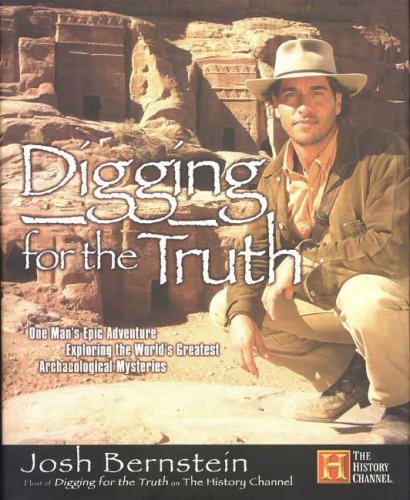 Quantity: 1
View all  copies of this book
Buy Used
Price: US$ 5.00 Convert Currency
Shipping: US$ 3.50 Within U.S.A. Destination, rates & speeds
Add to basket

The host of the History Channel's Digging for the Truth presents a behind-the-scenes tour of some of his most interesting and physically challenging adventures, during which he explored the secrets of the Sphinx, traced the Lost Ark of the Covenant to remote sites in Ethiopia, and witnessed a Druid ceremony at Stonehenge. 50,000 first printing.

Josh Bernstein is he president and CEO of BOSS, the Boulder Outdoor Survival School, the oldest and largest wilderness survival school in the world. Josh has appeared as an expert on survival and survival training on NBC News, ABC News, CBS News, National Geographic Television, and the Today show. Born and raised in New York City and educated at Cornell University, Josh has been featured in MenÂ’s Vogue, The New York Times and dozens of adventure travel magazines. Josh is also a member of The Explorers Club and a professional photographer, with numerous published credits.