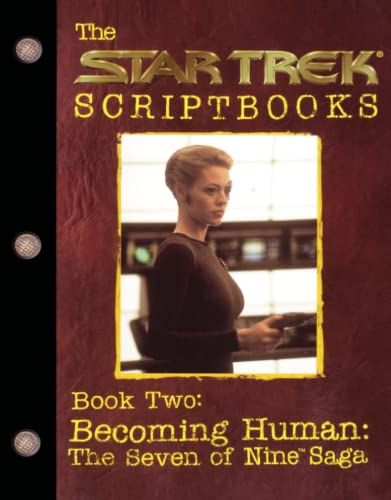 Quantity: 1
View all  copies of this book
Buy Used
Price: US$ 16.00 Convert Currency
Shipping: US$ 4.50 Within U.S.A. Destination, rates & speeds
Add to basket

Of all the diverse races and civilizations encountered by Starfleet, none have been as fearsome and unstoppable as the cybernetic life-form known as the Borg™. Captain Jean-Luc Picard of the Starship Enterprise™ considered them the closest thing to pure evil that he had ever faced.
So who could have guessed that an unrepentant Borg could become a valuable crew member aboard a Federation starship?
Here, complete in one volume, are the scripts for the original episodes of Star Trek: Voyager® that brought Seven of Nine aboard Captain Janeway's ship. These powerful and thought-provoking narratives trace her tumultuous development from an anonymous Borg drone to an unique and exceptional individual, whose rediscovery of her own lost humanity has only just begun.
Relive the drama and conflict that have made Seven of Nine one of the most fascinating characters on television today -- and in the depths of the Delta Quadrant.