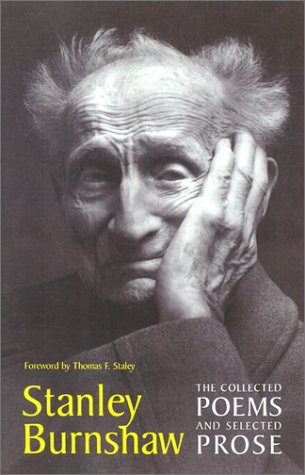 Stanley Burnshaw began to publish poems in the 1920s and founded his own verse journal in 1925. After serving as coeditor and drama critic of the New Masses weekly (1934-1936), he entered book publishing, directing the Dryden Press until 1958, when he joined Henry Holt. The first of his nineteen earlier works, André Spire and His Poetry, appeared in 1934 and the last in 1990, A Stanley Burnshaw Reader, with an introduction by Denis Donoghue.

The present volume—the definitive Burnshaw collection—offers all the poems he wishes to preserve and a full representation of his prose, including My Friend, My Father in its entirety. The Collected Poems and Selected Prose is vital reading for anyone wishing to be fully acquainted with the man whom Karl Shapiro called "one of the best-respected men of letters of our time."

Stanley Burnshaw has received many honors, including an award for creative writing from the National Institute of Arts and Letters, honorary degrees from the City University of New York and Hebrew Union College, and a "Special Stanley Burnshaw Issue" of Agenda (London). He divides his time between Martha’s Vineyard and Key Biscayne.