Items related to Overlord: D-day And the Battle for Normandy 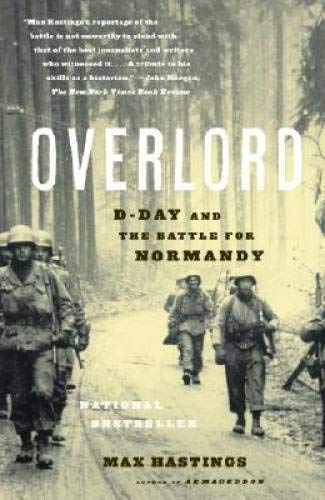 Overlord: D-day And the Battle for Normandy

Title: Overlord: D-day And the Battle for Normandy

On June 6, 1944, American and British troops staged the greatest amphibious landing in history to begin Operation Overlord, the battle to liberate Europe from the scourge of the Third Reich. With gut-wrenching realism and immediacy, Hastings reveals the terrible human cost that this battle exacted. Moving beyond just the storming of Omaha beach and D-Day, he explores the Allies’ push inward, with many British and American infantry units suffering near 100 percent casualties during the course of that awful summer. Far from a gauzy romanticized remembrance, Hastings details a grueling ten week battle to overpower the superbly trained, geographically entrenched German Wehrmacht. Uncompromising and powerful in its depiction of wartime, this is the definitive book on D-Day and the Battle of Normandy.

Max Hastings is the author of more than twenty books, including Catastrophe 1914: Europe Goes to War, Inferno: The World at War, 1939–1945, and Winston's War: Churchill 1940-1945. He spent his early career as a foreign correspondent for BBC TV and various newspapers, then as editor of Britain’s Evening Standard and Daily Telegraph. He has received numerous awards for both his books and his journalism. He lives in the English countryside west of London.