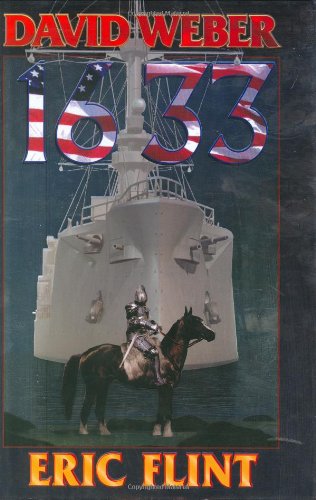 Quantity: 1
View all  copies of this book
Buy Used
Price: US$ 13.55 Convert Currency
Shipping: US$ 4.50 Within U.S.A. Destination, rates & speeds
Add to basket

Hurtled back in time into the Thirty Years War by an unknown force, Mike Stearns and his fellow West Virginia coal miners join forces with the king of Sweden to form the Confederated Principalities of Europe and take on the scheming Cardinal Richelieu as they struggle to rescue Mike's wife from war-torn Amsterdam and his sister from the Tower of London.

David Weber is best known for his New York Times bestselling Honor Harrington series, arguably the most popular series in science fiction, which has led to reviewers comparing him to C.S. Forester , celebrated creator of Captain Horatio Hornblower. Weber's work ranges from epic fantasy (Oath of Swords, The War God's Own] to breathtaking space opera (Path of the Fury, The Armageddon Inheritance] to military science fiction with in-depth characterization (the Honor Harrington novels). With John Ringo, he inaugurated the Prince Roger series of space adventures with March Upcountrij and has continued it with March to the Sea. Weber and his wife Sharon live in South Carolina.

Eric Flint is a new master of alternate-history science fiction. His 1632, prequel to 1633, received lavish critical praise from all directions and enjoyed high sales. His first novel, Mother of Demons, was picked by Science Fiction Chronicle as a best novel of the year. He has also shown a powerful gift for humorous fantasy adventure with Forward the Mage and The Philosophical Strangler, which Booklist described as "Monty Python let loose in Tolkien's Middle Earth." With David Drake he has collaborated on five novels in the popular Belisarius series, the next of which will be The Dance of Time. A longtime labor union activist with a Master's Degree in history, he currently resides in Indiana with his wife Lucille.