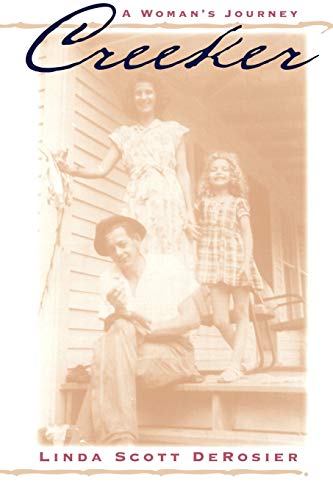 Quantity: 1
View all  copies of this book
Buy Used
Price: US$ 5.51 Convert Currency
Shipping: US$ 5.00 Within U.S.A. Destination, rates & speeds
Add to basket

Linda Sue Preston was born on a feather bed in the upper room of her Grandma Emmy's log house in the hills of eastern Kentucky. More than fifty years later, Linda Scott DeRosier has come to believe that you can take a woman out of Appalachia but you can't take Appalachia out of the woman. DeRosier's humorous and poignant memoir is the story of an educated and cultured woman who came of age in Appalachia. She remains unabashedly honest about and proud of her mountain heritage. Now a college professor, decades and notions removed from the creeks and hollows, DeRosier knows that her roots run deep in her memory and language and in her approach to the world. DeRosier describes an Appalachia of complexity and beauty rarely seen by outsiders. Hers was a close-knit world; she says she was probably eleven or twelve years old before she ever spoke to a stranger. She lovingly remembers the unscheduled, day-long visits to friends and family, when visitors cheerfully joined in the day's chores of stringing beans or bedding out sweet potatoes. No advance planning was needed for such trips. Residents of Two-Mile Creek were like family, and everyone was ""delighted to see each other wherever, whenever, and for however long."" Creeker is a story of relationships, the challenges and consequences of choice, and the impact of the past on the present. It also recalls one woman's struggle to make and keep a sense of self while remaining loyal to the people and traditions that sustained her along life's way. Told with wit, candor, and zest, this is Linda Scott DeRosier's answer to the question familiar in Appalachia―""Who are your people?""

“I keep buying copies of Creeker to give to all my favorite people—what a warm, smart, funny, and enlightening book it is. An unusual combination of fierce intelligence, unstinting honesty, and engaging narrative voice makes this a standout memoir.”—Lee Smith