Items related to Child of the Air 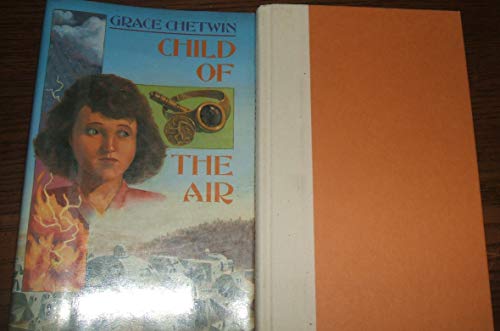 Child of the Air

Title: Child of the Air

Mylanfyndra and her brother, Brevan, residents of a mesa ravaged by ice storms in the winter and fire storms in the summer, are made slaves to the townfolk following their grandfather's death, but their strange ability to rise in the air could help them escape their fate

Grade 5-8-- Mylanfyndra and Brevan have shared a hardscrabble but secure childhood cared for by Gven-bahr-brum, their grandfather. When he dies, the stern Elders of the desert settlement reveal that the two were originally foundlings and thus have no right to inherit Gven's cabin or his few possessions. As penniless orphans, they are now outcasts, housed and fed in a communal hovel in exchange for performing any demeaning, backbreaking labor demanded of them by the townsfolk. Up to this point the story and setting seems old-fashioned and vaguely medieval. At night they secretly steal back to their former home to share a few hours of free air--and here things take an unusual and surprising turn when first Myl and then Brev discover that they can fly. After several hair-raising events and escapes, a new world opens up to them as they return to their rightful home. Chetwin has created an unusual and interesting world in this novel, first portraying a small, insulated group with its customs and folklore and mistaken ideas about the rest of the world, and then stepping back to view the wider world as it really is, with light and air and knowledge rushing in to end Myl and Brev's imprisonment in mind as well as body. The author successfully describes two very different cultures, with the unsophisticated life on the mesa contrasting with an enlightened futuristic society in which telepathy and human flight are as commonplace as the respect for knowledge and for each other. There is certainly room for a sequel here, and further adventures to tell. --Susan L. Rogers, Chestnut Hill Academy, PA
Copyright 1991 Reed Business Information, Inc.