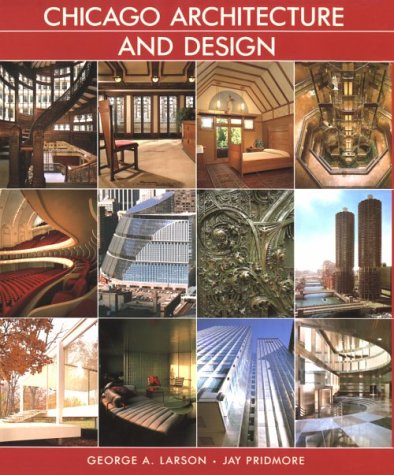 As a result of the Great Fire of 1871, Chicago became a major creative centre of American architecture. Talented architects flocked to the city in the fire's aftermath, and made use of new technology, such as the fireproof steel frame and the safety elevator to create what is considered to be the world's first skyscraper, and ultimately change the look of 20th-century cities. These innovations - which required the planning of structures from the inside out - can be seen in this book. This volume chronicles the work of architects Louis H. Sullivan, Frank Lloyd Wright and Ludwig Mies van der Rohe, as well as that of H.H. Richardson, John Welborn Root, William LeBaron Jenny and their successors. More than 70 important buildings are pictured - most with one exterior image and several views of the interior - spanning Richardson's 1887 Glessner House through The Rookery, Robie House, the Carson Pirie Scott & Company store, 860-880 North Lake Shore Drive and the current work of Skidmore, Owings & Merrill, Kohn Pedersen Fox and Cesar Pelli, among others. Biographical information about the leading architects is integrated with the architectural discussion.

Jay Pridmore is a freelance writer and critic who has published several books on the architecture of Chicago. George A. Larson is chairman and director of design of Larson Associates, Chicago