Items related to Under The Heaven Tree: An Indiana Childhood 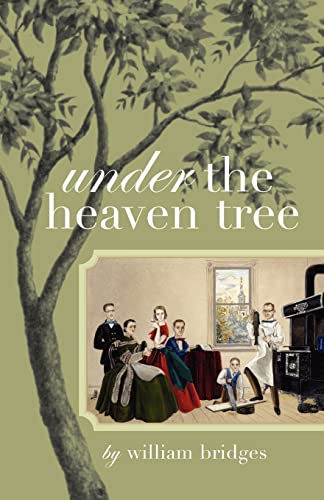 Under The Heaven Tree: An Indiana Childhood

Quantity: 1
View all  copies of this book
Buy Used
Price: US$ 5.34 Convert Currency
Shipping: US$ 5.00 Within U.S.A. Destination, rates & speeds
Add to basket

Title: Under The Heaven Tree: An Indiana Childhood

In "Under the Heaven Tree," journalist and poet William Bridges paints a rich picture of growing up in two Indiana towns, Franklin and Vincennes, from the 1930s through the 1950s. It is the story of an unusual family of artists, of a secret marriage, of hidden scandal, and the characters who once populated small towns, including the creator of the world's only six-person harmonica and a man who climbed the town monument to disarm the Civil War soldier. Most of all, it is a valentine to the writer's mother and father, and to a long-lost America.

William Bridges has been a foreign correspondent in Germany for United Press International, as well as day city editor of the Louisville, Ky., Courier-Journal and senior copyeditor for the Free China Journal in Taiwan. Until his recent retirement, he was a professor of journalism and a writing teacher at Franklin College in Indiana as well as director of the Pulliam School of Journalism there. He has published five books of poetry, and a textbook, Dear Viola: Writing, Reporting, and Editing for the Student Journalist In 2000, he was a member of an archaeological team on the remote Scottish island of St. Kilda, and he is currently engaged in translating St. Kildan poetry from the Gaelic. He and his wife, Karen Petersen Bridges, live with two cats in Franklin, Indiana. They have four sons, scattered from Kentucky to New York City.