Items related to The Ancient: Saga of the First King

Home Salvatore, R. A. The Ancient: Saga of the First King
Stock Image 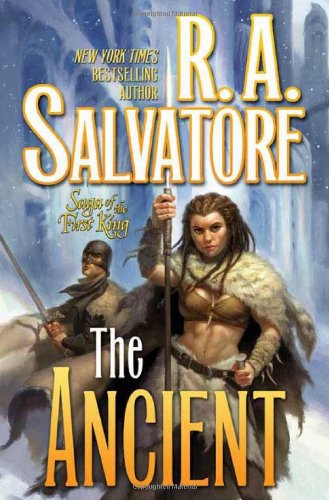 The Ancient: Saga of the First King

Quantity: 1
View all  copies of this book
Buy Used
Price: US$ 8.05 Convert Currency
Shipping: US$ 4.50 Within U.S.A. Destination, rates & speeds
Add to basket

Title: The Ancient: Saga of the First King

Searching for his long-lost father, Bransen Garibond is tricked into journeying across the Gulf of Corona to the wild lands of Vanguard, where he is pressed into service in a desperate war against the brutal Samhaist, Ancient Badden.

On an Alpinadoran lake, just below Ancient Badden's magical ice castle, several societies, caught in the web of their own conflicts, are oblivious to Ancient Badden's devastating plans to destroy them.

Bransen becomes the link between the wars, and if he fails, all who live on the lake will perish, and all of northern Honce will fall under the shadow of the merciless and vengeful Samhaists.

The Ancient is part of the Saga of the First King, a four-book series that chronicles the early days of Corona, the same world as Salvatore’s bestselling DemonWars saga.

R. A. Salvatore is one of fantasy’s most popular authors, with his books frequently appearing on the New York Times bestseller list and more than 10 million copies of his books sold. He is the author of The Bear, The Dame, and The Highwayman as well as Gauntlgrym, The Legend of Drizzt books, including the Dark Elf Trilogy—Homeland, Exile, and Sojourn— and the Demon Wars series, among many others. Salvatore was born in Massachusetts, and earned a B.S. in communications and a B.A. in English from Fitchburg State College. He lives in Massachusetts with his wife, Diane, and their three children.