Items related to Winnie the Pooh 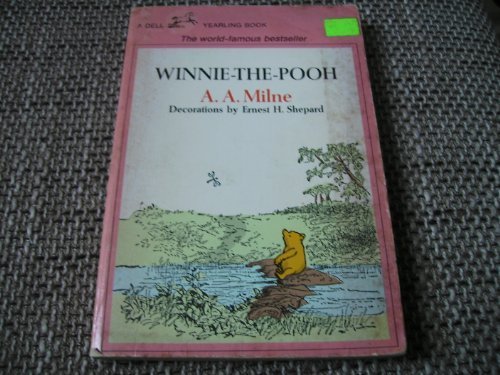 Quantity: 1
View all  copies of this book
Buy Used
Price: US$ 1.58 Convert Currency
Shipping: US$ 3.99 Within U.S.A. Destination, rates & speeds
Add to basket

. . All orders guaranteed and ship within 24 hours. Before placing your order for please contact us for confirmation on the book's binding. Check out our other listings to add to your order for discounted shipping. Seller Inventory # BOS-Q-11e-00795

More Than Words (MTW) is a social enterprise that empowers youth who are in the foster care system, court involved, homeless, or out of school to take charge of their lives by taking charge of a business. By working as a team to manage their own retail and online used book business, café, and community space, youth develop the employment skills, leadership, and self-confidence they need to successfully transition to adulthood.


We guarantee the condition of every book as itżs described on the Abebooks web sites. If youżre dissatisfied with your purchase (Incorrect Book/Not as Described/Damaged) or if the order hasnżt arrived, youżre eligible for a refund within 30 days of the estimated delivery date. If youżve changed your mind about a book that youżve ordered, please use the Ask bookseller a question link to contact us and weżll respond within 2 business days.