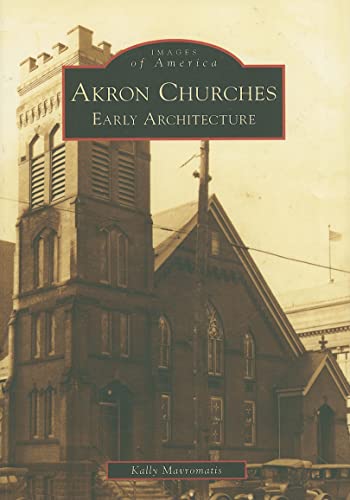 AbeBooks Seller Since May 6, 2019 Seller Rating

The history of Akron begins with the building of the great Ohio and Erie Canal. The financial incentives offered to workers building the canal brought men from all over to build the great “ditch,” and as they and their families settled in Akron, they also began to build magnificent churches and cathedrals that became the heart of their communities. With roots stretching back to the early 1800s, many of the churches that stand today are more than a century old and in many instances are the second or third church to be built by their congregations. Each successive church more grand than the last, these edifices were literally built with the pennies, nickels, and dimes of their members, who built structures that reflected the prevailing architectural styles of the day. Many of the churches have been lost to time, but many of these architectural treasures remain and continue to stand as testament to the overwhelming desire of the faithful to build churches that reflect the glory of God.

Kally Mavromatis is an Akron-area freelance writer and reporter, writing for area newspapers and covering events for an international wire service. She also has served as board member and newsletter editor for a local historic and architectural preservation group.

Online Bookseller since 2009. Over a Milion buyers satisfied with our Prices and Selection.