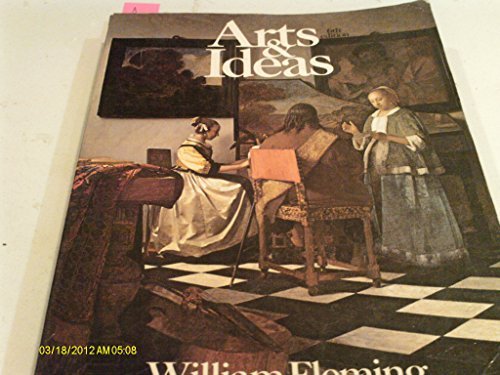 Intended for courses in Western Humanities, this best-selling text chronologically explores the major styles as they appear in painting, sculpture, architecture, literature, music, and philosophy from antiquity to present. Using lively anecdotes, Fleming shows how the styles are linked together by common purposes, themes, and ideas.

William Fleming became an associate professor of Fine Arts at Syracuse University in 1945. Feeling that the Humanities program at SU did not sufficiently serve the needs of a growing Fine Arts program, Fleming founded the Department of Fine Arts in 1947 and became its first chairman. He held this position until 1969. It was during this time that William Fleming authored ARTS and IDEAS. First published in 1955, this work served as the synthesis of music and art that Fleming had been so desperately seeking. In 1970, Fleming was named Centennial Professor of Fine Arts, for his outstanding leadership and contributions to his field. Upon his retirement from Syracuse University in 1975, he was named Centennial Professor Emeritus of Fine Arts.