Items related to A Companion to Women in the Ancient World 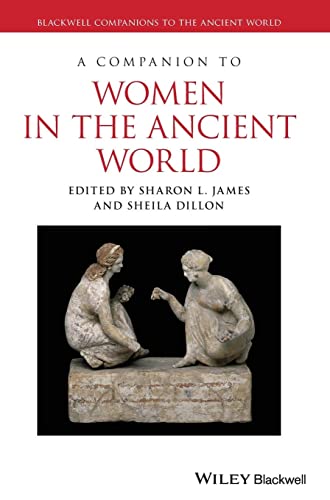 A Companion to Women in the Ancient World

Quantity: 1
View all  copies of this book
Buy Used
Price: US$ 38.00 Convert Currency
Shipping: US$ 9.50 From Canada to U.S.A. Destination, rates & speeds
Add to basket

Title: A Companion to Women in the Ancient World

A Companion to Women in the Ancient World presents an interdisciplinary, methodologically-based collection of newly-commissioned essays from prominent scholars on the study of women in the ancient world.

A COMPANION TO
WOMEN IN THE ANCIENT WORLD

CONTRIBUTORS TO THIS VOLUME:

A Companion to Women in the Ancient World is the first interdisciplinary, methodologically based collection of readings to address the study of women in the ancient world while weaving textual, visual, and archaeological evidence into its approach. Prominent scholars tackle the myriad problems inherent in the interpretation of the evidence, and consider the biases and interpretive categories inherited from centuries of scholarship. Essays and case studies cover an unprecedented breadth of chronological and geographical range, genres, and themes.

Illuminating and insightful, A Companion to Women in the Ancient World both challenges preconceived notions and paves the way for new directions in research on women in antiquity.