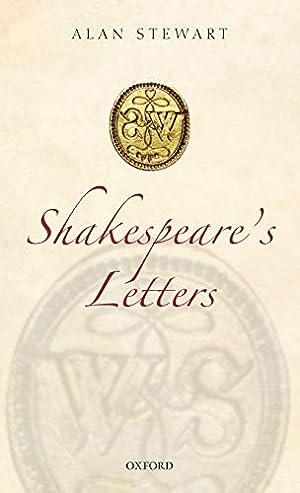 Quantity: 1
View all  copies of this book
Buy New
Price: US$ 93.48 Convert Currency
Shipping: US$ 3.99 Within U.S.A. Destination, rates & speeds
Add to basket

Shakespeare's plays are stuffed with letters - 111 appear on stage in all but five of his dramas. But for modern actors, directors, and critics they are frequently an awkward embarrassment. Alan Stewart shows how and why Shakespeare put letters on stage in virtually all of his plays. By reconstructing the very different uses to which letters were put in Shakespeare's time, and recapturing what it meant to write, send, receive, read, and archive a letter, it throws new light on some of his most familiar dramas. Early modern letters were not private missives sent through an anonymous postal system, but a vital - sometimes the only - means of maintaining contact and sending news between distant locations. Penning a letter was a serious business in a period when writers made their own pen and ink; letter-writing protocols were strict; letters were dispatched by personal messengers or carriers, often received and read in public - and Shakespeare exploited all these features to dramatic effect. Surveying the vast range of letters in Shakespeare's oeuvre, the book also features sustained new readings of Hamlet, King Lear, Antony and Cleopatra, The Merchant of Venice and Henry IV Part One.

Alan Stewart is Professor of English and Comparative Literature at Columbia University, and International Director of the Centre for Editing Lives and Letters in London. His publications include Close Readers: Humanism and Sodomy in Early Modern England (1997), Hostage to Fortune: The Troubled Life of Francis Bacon (with Lisa Jardine, 1998), Philip Sidney: A Double Life (2000), The Cradle King: A Life of James VI and I (2003), and Letterwriting in Renaissance England (with Heather Wolfe, 2004). He is a contributing editor to the new Oxford Francis Bacon, and editor of the Barnes and Noble Shakespeare Henry VI plays.