Items related to Jackie Cochran the Autobiography of the Greatest Woman... 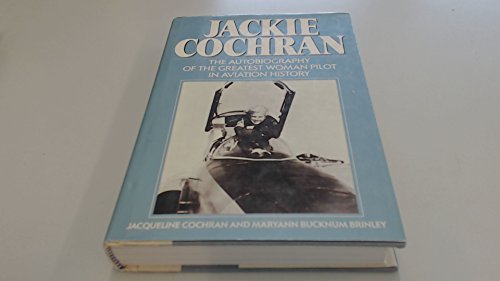 Quantity: 1
View all  copies of this book
Buy Used
Price: US$ 15.95 Convert Currency
Shipping: US$ 6.00 From Canada to U.S.A. Destination, rates & speeds
Add to basket

Title: Jackie Cochran the Autobiography of the ...

Traces Cochran's life from her childhood in poverty to her experiences creating a cosmetic empire, becoming a pilot and setting airspeed records and winning races, and becoming involved in politics and government

Excerpts here from the late Cochran's own accounts of her flying exploitsshe died in 1980alternate with adulatory quotes from friends and associates testifying to the extraordinary vitality (despite poor health) and indomitable spirit of the world-famous aviatrix and business entrepreneur. By dint of sheer energy and determination, the teenage orphan escaped the poverty of Florida migrant sawmill camps and, forsaking nursing for hairdressing, moved to New York City. She soon acquired a chain of beauty salons and founded a cosmetic company that bore her name. Her career in aviation stemmed from her marriage to tycoon aircraft manufacturer Floyd Odlum, and she subsequently broke more speed, altitude and distance records than any other pilot, male or female, in aviation history. During World War II, Cochran created WASPS, a women's plane-ferrying corps, lobbied for a separate air force and served as a consultant to NASA. Brinley, who assembled this book, is a freelance journalist. Photos not seen by PW. BOMC selection.
Copyright 1987 Reed Business Information, Inc.