Items related to Stanley Roseman and the Dance: Drawings From the Paris...

Home ROSEMAN, Stanley Stanley Roseman and the Dance: Drawings From the Paris Opera 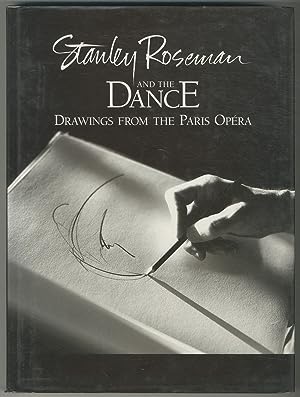 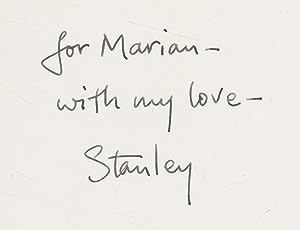 Stanley Roseman and the Dance: Drawings From the Paris Opera

Title: Stanley Roseman and the Dance: Drawings From...

"Dressed in black to blend into the shadows, Stanley Roseman stands in the wings of the Paris Opera, capturing the grace and virtuosity of France's top ballet dancers with a few masterful strokes of a pencil." (The Associated Press, Paris)

Stanley Roseman and the Dance - Drawings from the Paris Opera is hardcover, 13 x 10 in., 254 pages, and printed in duotone on 200 gm satin paper. This handsome volume presents Roseman's drawings of the celebrated dancers of the Paris Opera Ballet and the international dance companies that appeared at the Paris Opera, including, among others, the Bolshoi Ballet, Stuttgart Ballet, Bejart Ballet Lausanne, Tokyo Ballet, Netherlands Dance Theatre, Alvin Ailey American Dance Theatre, Twyla Tharp and Dancers, San Francisco Ballet, American Ballet Theatre, and the Martha Graham Dance Company.

Roseman has written an absorbing introduction to the book in which he speaks about drawing from the wings during performances at the Paris Opera, as well as his views on art and his passion for drawing.

On the back of the book jacket are words of praise for Roseman's drawings from the star dancers of the Paris Opera.

The Bibliothque Nationale de France praised the artist for his "magnificent drawings" and concluded, "Stanley Roseman's drawings show the many facets of his great talents as a draughtsman."

Stanley Roseman's work has received wide critical acclaim, including outstanding reviews in The New York Times and The Times, London, and his work is represented in many important museum collections throughout the world. Recognized as a master draughtsman, Roseman is the first American artist to be given a one-man exhibition at Vienna's renowned Albertina (1983), containing one of the world's greatest collections of drawings.