Items related to Cuban Fire : The Saga of Salsa and Latin Jazz 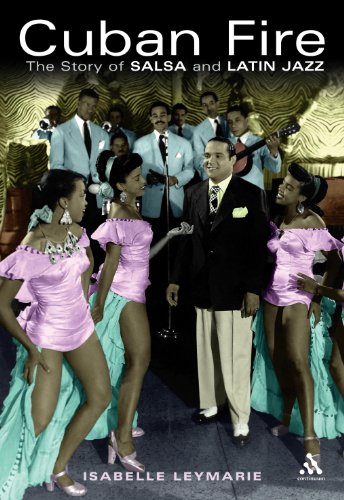 Cuban Fire : The Saga of Salsa and Latin Jazz

Former library book; may include library markings. Used book that is in clean, average condition without any missing pages. Seller Inventory # 6242825-6

Title: Cuban Fire : The Saga of Salsa and Latin Jazz

This title tells the saga of popular music of Cuban origin, and its major artists from the 1920s to today. Afro-Cuban music derives its richness from the fusion of various cultures. On the island of tobacco, rum and coffee, the marriage of sacred and secular African musical genres with Spanish and French melodies has given rise to numerous genres which have gained international fame: son, rhumba, guaracha, conga, mambo, cha-cha-cha, pachanga, nueva timba. In the US, Cubans have settled alongside other Hispanic communities. In New York, the boogaloo, salsa and Latin jazz, created by musicians such as Machito, Dizzy Gillespie and Chano Pozo emerged from contact with Puerto Ricans and African-Americans, and the rhythms of Puerto Rico and Santo Domingo were integrated into salsa and Latin jazz.

Isabelle Leymarie, a pianist and musicologist, has been involved with jazz and Latin music for many years. She has taught at academic institutions. She has co-directed and written documentaries, produced radio shows in Europe and Canada and written books including Cuba and Its Music (Le Chene, Paris, 1999) which won the French 'Prix des Muses' prize.