Items related to Ford: 100 Years of History (Automotive History and... 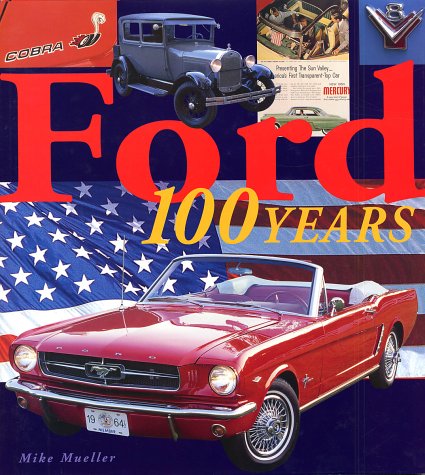 Quantity: 1
View all  copies of this book
Buy Used
Price: US$ 50.00 Convert Currency
Shipping: US$ 4.00 Within U.S.A. Destination, rates & speeds
Add to basket

Please note. This is the Easton Press edition of this title. Over-sized hardbound (folio). AS NEW. No wear, no scuffs to the black morocco binding. No distortion of the book from improper shelving. Page are tight and clean with no marks. All edges gilt. Moire silk end sheets and pastedowns. Silk ribbon bookmark. No name of previous owner. Blank Easton Press bookplate affixed to the front flyleaf. No odor. no water damage. No soiling. No dust jacket as issued. No sun fading. Seller Inventory # MP21-1980Z

Henry Ford founded his manufacturing company in America in 1903, and in 2003 the Ford Motor Company will celebrate its 100th anniversary. This wonderful book reveals Ford’s full history, from the days of Henry Ford, to its development into the massive corporation we know today. All the landmark Ford models including the Model T, the Mustang, and the Thunderbird, are featured in stunning pictures and detailed historical specifications. In addition to specially-commissioned color photographs, the illustrations also include hundreds of archive pictures, advertisements, and line drawings.

As well as telling the story of Ford itself, the book also reviews some of the famous automobile designers and stylists associated with the company, including Edsel Ford, Henry’s son. This work of nostalgia is perfect for those interested in the development of car design throughout the last century and is an essential reference work for all automobile enthusiasts.

In addition to the American side of the story, the text also covers the history of the company abroad, including a look into Ford factories in the United Kingdom.

· Author Mike Mueller has written 20 books for MBI Publishing, including Mustang 1964-1/2 to 1973.
· A comprehensive and authoritative reference work on the world’s most famous car manufacturer.
· Superb historical photographs, together with detailed text and technical data.
· Every major Ford design is featured, including both favorites and historical oddities.