Items related to Zeus: King of the Gods (Olympians) 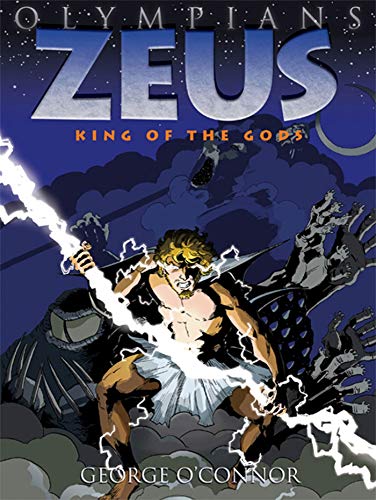 Zeus: King of the Gods (Olympians)

George O'Connor is a Greek mythology buff and a classic superhero comics fan, and he's out to remind us how much our pantheon of superheroes (Superman, Batman, the X-Men, etc) owes to mankind's ORIGINAL superheroes: the Greek pantheon.

Volume 1 of OLYMPIANS, ZEUS: King OF THE GODS, introduces readers to the ruler of the Olympian Pantheon, telling his story from his boyhood to his ascendance to supreme power. This title has Common Core connections.