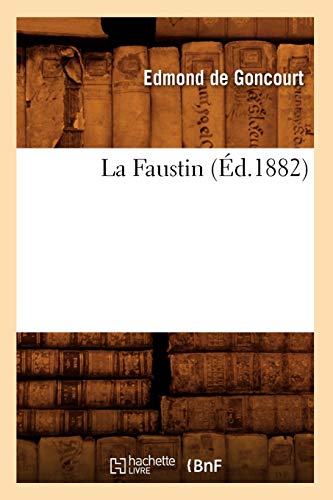 Quantity: 20
View all  copies of this book
Buy New
Price: US$ 30.20 Convert Currency
Shipping: US$ 13.13 From United Kingdom to U.S.A. Destination, rates & speeds
Add to basket

WORK IS IN FRENCH

This book is a reproduction of a work published before 1920 and is part of a collection of books reprinted and edited by Hachette Livre, in the framework of a partnership with the National Library of France, providing the opportunity to access old and often rare books from the BnF's heritage funds. The works in this collection have been digitized by the BnF and are presented on Gallica, its digital library.

By reviving these works through a collection of books reprinted on demand, we give everyone the opportunity to participate in the transmission of knowledge which is sometimes difficult to access.

We have tried to reconcile the faithful reproduction of an old book from its digitalized version with the concern of an optimal reading comfort. We hope the works of this new collection will bring you complete satisfaction.

EDMOND DE GONCOURT (1822-1896) and JULES DE GONCOURT (1830-1870) spent the majority of their lives in Paris. Having attended the finest schools, the Goncourts formed one of the most famous literary partnerships. After an unsuccessful novel and some attempts at drama, they began publishing books on various aspects of art and society in eighteenth-century France. Between 1860 and 1869 the brothers published six novels which they described as ""history which might have taken place"" and which were as carefully documented as their historical works.