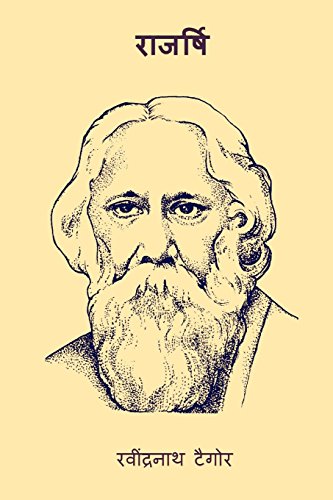 Quantity: 20
View all  copies of this book
Buy New
Price: US$ 9.74 Convert Currency
Shipping: US$ 13.34 From United Kingdom to U.S.A. Destination, rates & speeds
Add to basket

A rajarshi is a king who turned into a royal sage. A rajarshi will not have to leave the kingship to become rishi as in the example of Vishwamitra (who later advanced to becoming a Brahmarishi) but still while ruling the kingdom has reached a state of rishi and has attained self-realization. They still perform the kshatriya responsibility, and remain similar to most rishis, maharishis and brahmarishis descendents in their level of spiritual knowledge. A Historical novel based on the edict of a king who eradicated animal slaughter and human sacrifice from his kingdom.

Rabindranath Tagore was a Bengali polymath who reshaped Bengali literature and music, as well as Indian art with Contextual Modernism in the late 19th and early 20th centuries. Author of Gitanjali and its "profoundly sensitive, fresh and beautiful verse", he became the first non-European to win the Nobel Prize in Literature in 1913. Tagore's poetic songs were viewed as spiritual and mercurial; however, his "elegant prose and magical poetry" remain largely unknown outside Bengal. He is sometimes referred to as "the Bard of Bengal".