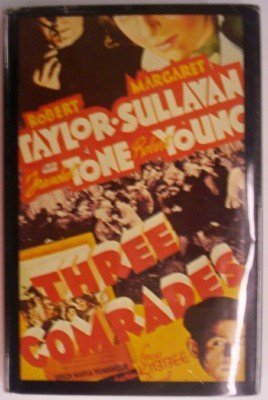 Used book that is in clean, average condition without any missing pages. Seller Inventory # 4911571-20

Book Description Condition: Good. 1st. Ships from the UK. Used book that is in clean, average condition without any missing pages. Seller Inventory # 4911571-20

Book Description Hardcover. Condition: Very Good. Dust Jacket Condition: Good. 1st Edition. 8 1/2" by 5 1/2", hardcover book, in VERY GOOD condition, with a DJ in GOOD condition. There are several tears on the DJ. The book has a handful of B&W photos in the book, and 290 pages. Seller Inventory # 002909

Book Description Hardcover. Condition: Very Good+. Dust Jacket Condition: Very Good. 1st Edition. Very good with no markings, no bookplate, no remainder mark. In good to very good dust jacket with some rubbing. No jacket chips or tears. Not price-clipped. Script by Fitzgerald based on novel by Remarque. Not illustrated. Seller Inventory # 121564

There are 2 more copies of this book