Items related to THE GOLDEN VALKYRIE 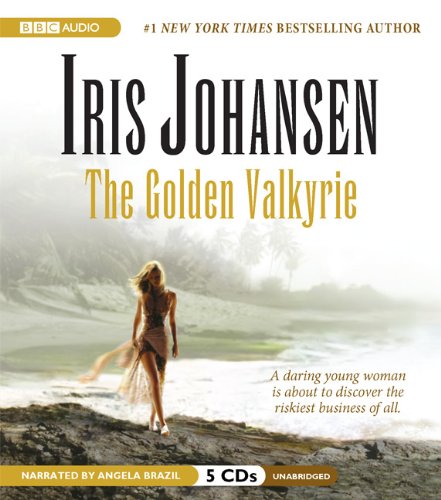 Quantity: 1
View all  copies of this book
Buy New
Price: US$ 63.38 Convert Currency
Shipping: US$ 5.55 Within U.S.A. Destination, rates & speeds
Add to basket

Feisty, beautiful private detective Honey Winston had been duped into invading Prince Rubinoffs hotel suite hidden in a room service cart. When smoke flushed her from her hiding place, Honey confronted the mocking prince the gossip columns called Lusty Lance. But the man behind the glittering facade was an artist who created exquisite paintings the world would never see. Could Honeys love help Lance escape his glided prison?

Iris Johansen, who has more than twenty-seven million copies of her books in print, has won many awards for her achievements in writing. She is the New York Times bestselling author of Killer Dreams, Blind Alley, Firestorm, Fatal Tide, Dead Aim, Body of Lies, The Search, and many other novels. She lives near Atlanta, Georgia.

Angela Brazil is a member of the resident acting company at Providence's esteemed Trinity Repertory Company. She is also a teacher and a mother. She lives with her family in Lincoln, Rhode Island.