Items related to Olympians: Hera: The Goddess and her Glory 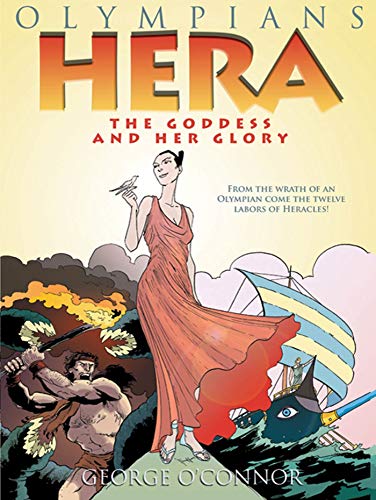 Olympians: Hera: The Goddess and her Glory

Title: Olympians: Hera: The Goddess and her Glory

The story of Hera, Queen of the Gods, and the heroes who won her favor.

Volume 3 of Olympians, Hera: The Goddess and Her Glory, introduces readers to the Queen of the Gods and Goddesses in the Pantheon. This volume tells the tales of the many heroes who sought and won Hera's patronage, most notably Hercules.

In Olympians, O'Connor draws from primary documents to reconstruct and retell classic Greek myths. But these stories aren't sedate, scholarly works. They're action-packed, fast-paced, high-drama adventures with monsters, romance, and not a few huge explosions.