Items related to The Glasgow Geography, Containing a Physical, Political,...

Home Various The Glasgow Geography, Containing a Physical, Political, and ... 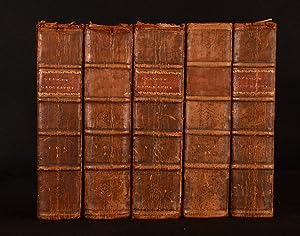 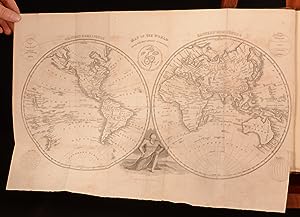 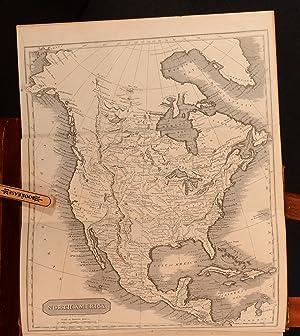 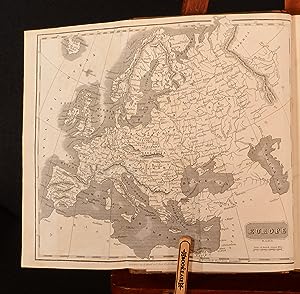 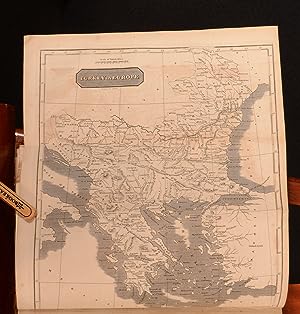 The Glasgow Geography, Containing a Physical, Political, and Statistical View of the Various Empires, Kingdoms, States &c. &c. in the Known World; Including the Most Recent Discoveries and Latest Political Arrangements; with a Philosophical View of Universal History, and a Compendium of Astronomy, Mineralogy, &c. To Which is Subjoined a Historical Appendix, Comprising a Concise Narration of the Wars Consequent on the French Revolution, Till the Treaty of Paris, 1815. Embellished with Appropriate Engravings, and Illustrated by Correct Statistical Tables, and a Complete Atlas.

AbeBooks Seller Since May 18, 2007 Seller Rating

A very scarce and fully illustrated work on the geography of the world, illustrated with numerous folding plates throughout. Complete in five volumes. Scarce, especially with all five volumes. This work is an interesting geography of the world, including various statistics throughout history, as well as information on discoveries and political arrangements. Volume I, with eight folding plates, and fourteen plates. Collated, complete. Volume II, with ten folding plates, and five plates. Collated, complete. Volume III, with eleven folding plates, and one plate. Collated, incomplete, as lacking plate facing page five-hundred and forty, 'City of Amsterdam'. Volume IV, with three folding plates, and eight plates. Collated, incomplete as lacking plates facing pages thirty-two and seven-hundred and twenty-two, 'British Possession in North America', and 'Llana, Sloth, &C'. Volume V, with two folding plates and two plates. Collated, complete. Written anonymously, simply attributed to 'several literary gentlemen' to the title page. In the original full calf binding. Externally, with surface cracks to the spine. Light marking to the boards. Minor bumping to the head and tail of the spines, with a little loss to the head of the spines of Volumes I, II, III, and V. Tail of the spine of Volume III is lifting a little but remains firm. Volumes II and IV are lacking the spine labels. A very little loss to the spine label to Volume III. Front joint of Volume I is starting but firm. Small crack to the tail of the front joint of Volume II. Front joint of Volume III is starting but firm. Crack to the head of the rear joint of Volume III. A little loss to the head of the front endpaper of Volume I. Prior owner's ink inscription to the recto to the front endpaper of Volume I, 'Robert Loro's book 1827. G. R. Robertson 11th Aug 1921 From . Lauder. See between pages 4 and 5 for preface, R 11th Aug 1921'. Prior owner's ink inscription to the recto to the front endpaper of Volumes II, III, IV, and V, 'Robert Loro's book 1827'. Internally, firmly bound. Pages are bright with only the odd spot and handling mark. Folding map facing the title page of Volume IV is lifting to the tail but remains secure. Good. Seller Inventory # 627P1


We send all our books on approval and we gladly accept returns for any reason in like condition within 30 days of purchase.


Note For CoronaVirus. We post only via DHL and this is getting to everybody even in badly affected areas without problems and in good time, so please order with confidence. Also we do not ever charge extra for postage so what you see is what you pay. DHL gives next day delivery to places as far afield as New York.