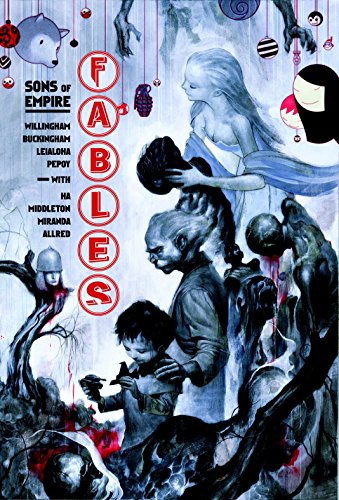 Collecting FABLES #52-59! Pinocchio suffers seriously divided loyalties between his father, the evil Adversary, and his fellow Fable refugees in New York. Plus, Bigby Wolf reluctantly decides it's finally time to square accounts with his long-estranged father, the North Wind, and makes a journey with Snow White and their kids to find him.