Items related to THE LEAGUE OF EXTRAORDINARY GENTLEMEN VOL. II 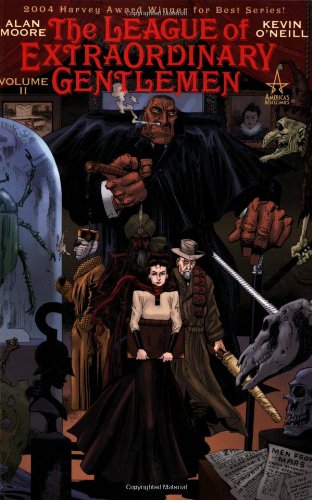 Quantity: 1
View all  copies of this book
Buy Used
Price: US$ 23.50 Convert Currency
Shipping: US$ 4.99 Within U.S.A. Destination, rates & speeds
Add to basket

It's one month after the events in LEAGUE OF EXTRAORDINARY GENTLEMEN VOL. 1, and the skies over England are filled with flaming rockets as Mars launches the first salvo of an invasion. Only our stalwart adventurers — Allan Quatermain, Mina Harker, Captain Nemo, Hawley Griffin, and Mr. Edward Hyde — can save mother England and the very Earth itself. But there are many startling revelations along the way, including the blossoming of love and the uncovering of a traitor in their midst!

Alan Moore is perhaps the most acclaimed writer in the graphic story medium, having garnered countless awards for works such as Watchmen, V for Vendetta, Swamp Thing and Miracleman. He is also the mastermind behind the America's Best Comics line, through which he has created (along with many talented illustrators) The League of Extraordinary Gentlemen, Promethea, Tom Strong, Tomorrow Stories and Top Ten.