Items related to The Untouchable (Paperback) 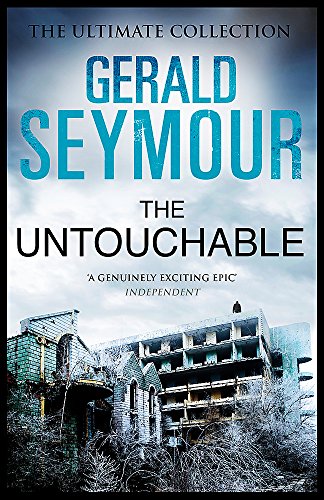 Language: English. Brand new Book. Albert Packer is the supreme baron of London crime, ruling his domain with a ruthless fist and thinking of himself as the Untouchable. As yet another criminal case against him collapses, Packer turns his attention to expanding his heroin empire abroad, deciding to travel to Sarajevo himself in order to cut out the middle man. But the Customs & Excise unit tasked with taking him down are determined not to give up. Packer may be king on his home turf, but on the war-torn streets of a city where justice is enforced by gangster warlords, he might just make a mistake. And Joey Cann, obsessed with bringing Packer to justice, will be there when he does. Seller Inventory # HUK9781444760392

Albert William Packer is the supreme baron of London crime. He rules his manor with a cruel, ruthless fist. To those around him, on whatever side of the law, he is the Untouchable.

When another criminal case against him collapses, Packer turns his attention to expanding his heroin empire abroad. Where better to cut out the middle man than at the historic smuggling crossroads of Europe, the Balkans? New men and women are drafted into Customs & Excise unit dedicated to convicting Packer. Only one from the old team survives: the most junior, Joey Cann, retained solely for his obsessional knowledge of the man who calls himself 'Mister'. When Packer leaves for Sarajevo, it is inevitable that Cann be sent after him for 'intrusive surveillance'. The brief: to bring back the evidence that will finally nail Packer to the wall, whatever it takes. In London, it would have been no contest. But here on the war-torn streets of a city where justice is enforced by gangster warlords, Packer is far from home and from what he knows. Here, who will be the Untouchable, who will walk away?

Given the scarce nature of many of the books offered by this store, Orders usually ship within 5-15 business days. Book Depository is an international bookseller. We ship our books to over 100 countries around the globe and we are always looking to add more countries to the list. We really, really love books and offer millions of titles, currently over 10 million of them, with this figure increasing daily. Living by our motto, 'Bookseller to the World', we focus on offering as many titles as possible to as many customers as possible. Most of the within books offered within this ?Hard to find? store are dispatched within 10 - 15 business days of your order. Apart from publishers, distributors and wholesalers, we even list and supply books from other retailers! We hope you enjoy our selection and discover your new favourite book.


Given the scarce nature of many of the books offered by this store, Orders usually ship within 5-15 business days. Domestic Shipments are sent by Royal Mail, and International by Priority Airmail. We are happy to accept returns within 30 days of receipt. Please contact the seller directly if you wish to return an order.