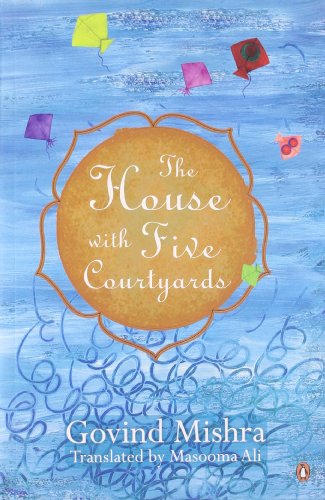 Light rubbing wear to cover, spine and page edges. Very minimal writing or notations in margins not affecting the text. Possible clean ex-library copy, with their stickers and or stamp(s). Seller Inventory # 3310113920

Govind Mishra is a well-established Hindi novelist and short-story writer. In the creative span spread over fi fty years, he has to his credit fiftythree books including ten novels, several collections of short stories and a volume of poetry. He received the Vyas Samman for Paanch Aangno Wala Ghar (The House with Five Courtyards) in 1998, the Sahitya Akademi Award for Kohre Mein Kaid Rang in 2008 and the Subramanyam Bharati Award in 2000. THE TRANSLATOR Masooma Ali is a former reader of the Department of English, Miranda House, Delhi.

Return/Refund Policy: Items are eligible for refund for 30 days after the order?s estimated delivery date. If you are dissatisfied with your purchase due to error on our part or if an item does not arrive within the estimated delivery time frame provided at the time an order is place, please contact our customer service team for immediate resolution. We will accept items for return if the item is no longer needed for 15 days of the items arrival date.