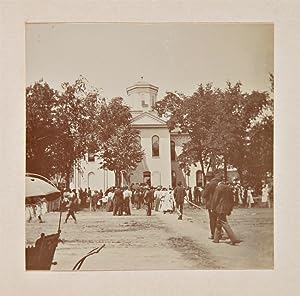 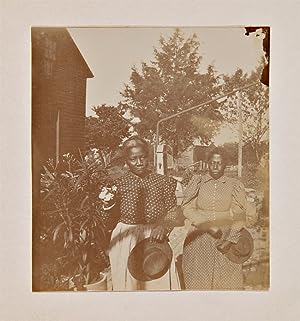 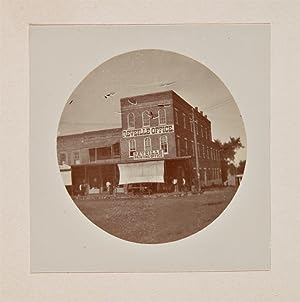 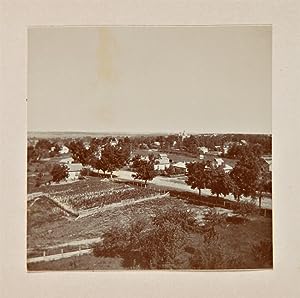 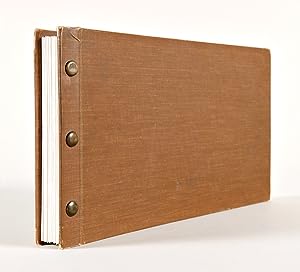 Twenty-six photographs mounted on rectos only, each image approximately 3 1/2 x 3 1/2 inches. Oblong quarto. Contemporary brown cloth, brad- bound. Minor corner wear, a few of the prints over-exposed. Overall very good. A rare peek into rural northeast Missouri at the turn of the 20th century. The images here include the family home of photographer Horace Ivie, a large brick residence with interior photographs of the parlor with a piano, paintings, woodwork, and scenes featuring the family members. Two pictures capture children at play and a man with his horse, presumably from the same family. There are also photographs of two African- American women in a yard, with hats in hand; several views of a small wooden residence; town buildings; and street views, including a photograph of the Reveille Printing Office. The album ends with two panoramic views of the town taken from the surrounding hills. Memphis, Missouri was founded in 1843 and became the county seat of Scotland County. In the 2010 census, the population of Memphis was 1,822. The present album provides a rare and important picture of a small Missouri town in the late 1890s. Seller Inventory # WRCAM55441