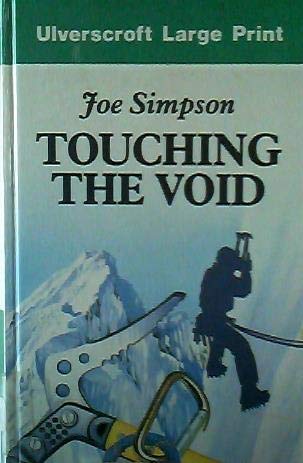 Quantity: 1
View all  copies of this book
Buy Used
Price: US$ 3.66 Convert Currency
Shipping: US$ 7.54 From United Kingdom to U.S.A. Destination, rates & speeds
Add to basket

Ships from the UK. Former library book; may include library markings. Used book that is in clean, average condition without any missing pages. Seller Inventory # GRP48399774

The author relates his nearly fatal adventures mountaineering in the Andes, adventures that included a fall into a crevice, broken limbs, and return to safety

Better World Books is the world?s leading socially conscious online bookseller and has sold over 100 million books. Each sale generates funds for global literacy. We offer low prices, fast shipping, and have a 100% money back guarantee.


We offer 100% 'no questions asked' refunds. If you are not satisfied with your
book, just send it back to us and we will refund your purchase in full.

Please do not hesitate to contact us with any questions or concerns. Abebooks
will provide you with our contact information after you place your order. We aim
to respond to all queries as quickly as is humanly possible - and certainly within
48 hours.


All orders are shipped next business day. We use a second-class service for most items and Spring Global Mail for international orders.