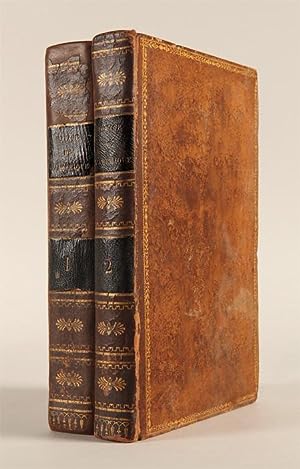 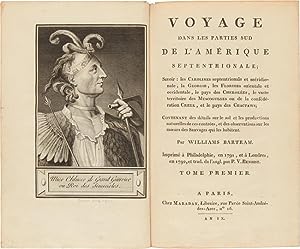 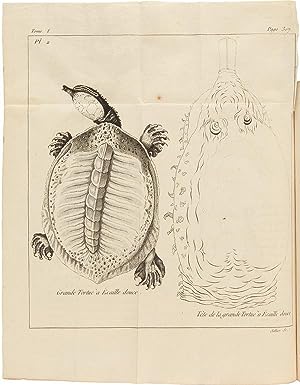 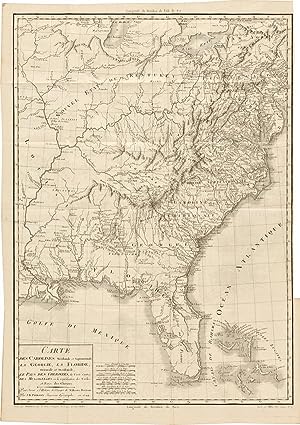 Two volumes. 457pp. plus folding map, two folding plates, frontispiece, and errata; 436pp. plus folding plate and errata. Half titles. Contemporary gilt mottled calf, spines gilt, leather labels. First volume expertly rebacked with original backstrip laid down and labels preserved. Hinges of second volume bit rubbed. A very nice set. A reissue of the first French edition of one of the classic accounts of southern natural history and exploration, with much material relating to the southern Indian tribes. For the period, Bartram's work is unrivalled. ".Bartram wrote with all the enthusiasm and interest with which the fervent old Spanish friars and missionaries narrated the wonders of the new found world.he neglected nothing which would add to the common stock of human knowledge" - Field. "Unequalled for the vivid picturesqueness of its descriptions of nature, scenery, and productions" - Sabin. Sabin calls for four plates plus the frontispiece portrait. HOWES B223. CLARK I:197. SABIN 3871. VAIL 857. TAXONOMIC LITERATURE 329.4. FIELD 94 (ref). Coats, THE PLANT HUNTERS, pp.273-76. SERVIES 749. Seller Inventory # WRCAM14040