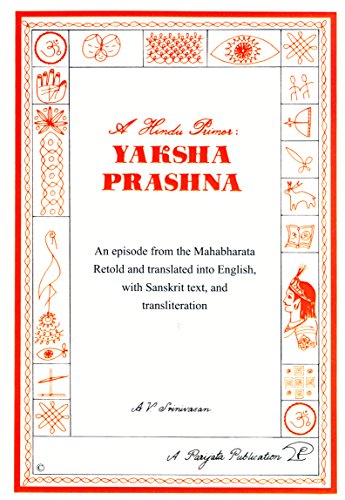 E. Glastonbury CT, Periplus Line LLC/Parijata Publication, 2014 - Third Edition, revised, enlarged, of 1968 publication subtitled A Hindu Primer - NEW paperback (no hardcover issued); 8.5 inches tall; b/w ills. Translation and transliteration into English from the original Sanskrit; includes Sanskrit text. 86 pages. Foreword by Peter M. Scharf. All riddles included in this enlarged edition. Retelling of the Mahabharata episode of the Questions of the Yaksha in the Aranya Parva. Printed and ships from the U.S. Enquire about quantities. Availability: in stock in the U.S. Seller Inventory # YP040117