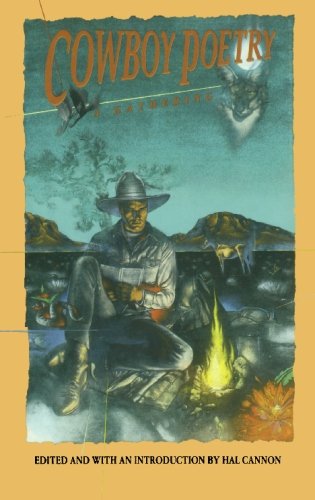 This collection of poems was chosen from among 10, 000 gathered from cowboy reciters, ranch poets and from a library of over 200 published works of cowboy verse. One third of the poems are classics that have proven their vitality by having lived in the hearts and minds of cowboys and ranchers for decades. The remaining two-thirds are new, created within the last few years.

"Most cowboy poems speak of real events and people, from bucking horses and cagey cows to old Stetson hats and long winter travels. Although they focus on the ordinary stuff of life, their truths . . . seem no less eternal than those penned by William Shakespeare. Some cowboy poems are bust-a-gut funny; a few are downright dirty . . . most carry an honest, primitive power."