Items related to The Fool's Tale 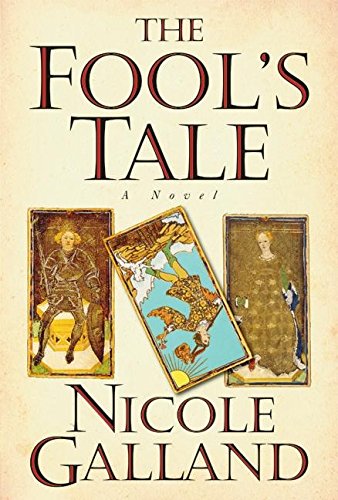 Quantity: 1
View all  copies of this book
Buy Used
Price: US$ 5.00 Convert Currency
Shipping: US$ 3.00 Within U.S.A. Destination, rates & speeds
Add to basket

A spellbinding voice in historical fiction makes her remarkable debut in a moving and beautifully rendered tale of love and politics, loyalty and duplicity -- and the extreme lengths to which such forces drive us

The year 1198. All of Wales is in turmoil.King Maelgwyn ap Cadwallon, known to his people as Noble, is struggling to protect his small kingdom from treacherous Welsh princes and Roger Mortimer, an ambitious English baron who murdered Noble's father years earlier. Desperate to secure a peace treaty, the king grimly agrees to a political marriage with Isabel Mortimer, Roger's niece.

Isabel, not yet twenty, is confounded by the intimacy and informality of the Welsh court, which to her foreign eyes looks barbaric and backward. As determined and willful as she is naďve, she eventually earns the respect and affection of her husband and his subjects -- with the notable exception of Gwirion, the king's oldest and oddest friend, who has a particular, private reason to hate Mortimers.

Gwirion's rascally tricks and diversions are expected -- and relished -- by all at Cymaron Castle. But a disastrous prank played during the royal wedding ignites a volatile competition between queen and confidant for the king's affection, with most unexpected consequences.

As Mortimer makes it apparent that he has no intention of honoring the peace treaty, the bond between Noble and Isabel grows strained. And when Gwirion and Isabel's mutual animosity is abruptly transformed, Noble finds himself as threatened by those he loves best as by the enemies who menace his crown.

A masterful debut novel by a gifted storyteller, The Fool's Tale combines vivid historical fiction, compelling political intrigue, and passionate romance to create an intimate drama of three individuals bound -- and undone -- by love and loyalty.

Nicole Galland's five previous novels are The Fool's Tale; Revenge of the Rose; Crossed; I, Iago, and Godiva. She writes a cheeky etiquette column for the Martha's Vineyard Times. She is married to actor Billy Meleady and owns Leuco, a dog of splendid qualities.