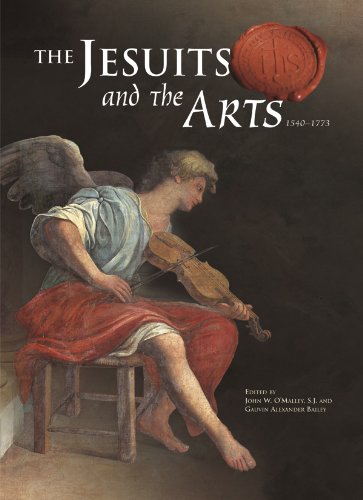 Originally edited by Giovanni Sale when it was published in Italian in 2003 (by Editorial Jaca Book of Milan), the English edition has been edited by O'Malley (church history, Weston Jesuit School of Theology, Cambridge, Mass.) and Bailey (Renaissance and Baroque art, Clark U., in Worcester, Mass.). Both editors also contributed chapters: on Saint Ignatius and the cultural mission of the Jesuits, Italian Renaissance and Baroque painting sponsored by Jesuit patrons and its influence in Europe, Jesuit art and architecture in Asia, and the impact of the Jesuits on the art and architecture of North America. Other chapter topics describe the Jesuits and music, Jesuit art and architecture in Spanish America, Jesuit culture and missions in the 17th and 18th centuries, and the iconography of the Society of Jesus. The volume is heavily illustrated with color plates of somewhat secondary quality. Annotation ©2006 Book News, Inc., Portland, OR (booknews.com)