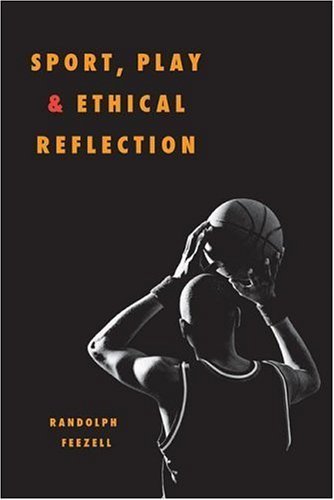 Quantity: 1
View all  copies of this book
Buy Used
Price: US$ 26.00 Convert Currency
Shipping: US$ 5.00 Within U.S.A. Destination, rates & speeds
Add to basket

A philosophical analysis of the nature, attraction, and limits of sport

A philosophical analysis of the nature, attraction, and limits of sport

Randolph Feezell's Sport, Play, and Ethical Reflection immediately tackles two big questions about sport: "What is it?" and "Why does it attract so many people?" He argues that sports participation is best described as a form of human play, and the attraction for participants and viewers alike derives from both to its aesthetic richness and narrative structure. He then claims that the way in which sports encourage serious competition in trivial pursuits is fundamentally absurd, and therefore participation requires a state of irony in the participants, where seriousness and playfulness are combined.

Feezell builds on these conclusions, addressing important ethical issues, arguing that sportsmanship should be seen as a kind of Aristotelian mean between the extremes of over and under investment in sport. Chapters on cheating, running up the score, and character-building stress sport as a rule-governed, tradition-bound practice with standards of excellence and goods internal to the practice. With clear writing and numerous illuminating examples, Feezell demonstrates deep insight into both of his subjects.