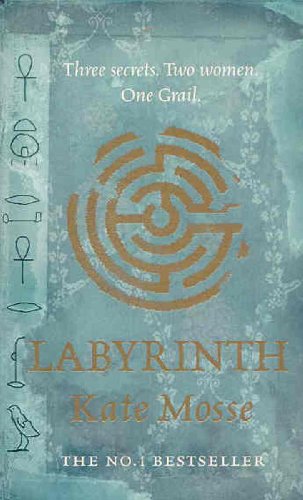 Quantity: 1
View all  copies of this book
Buy Used
Price: US$ 5.00 Convert Currency
Shipping: US$ 3.00 Within U.S.A. Destination, rates & speeds
Add to basket

A crisp clean softcover, no markings throughout:\nMosse's page-turner takes readers on another quest for the Holy Grail, this time with two closely linked female protagonists born 800 years apart. In 2005, Alice Tanner stumbles into a hidden cave while on an archeological dig in southwest France. Her discovery-two skeletons and a labyrinth pattern engraved on the wall and on a ring-triggers visions of the past and propels her into a dangerous race against those who want the mystery of the cave for themselves. Alaďs, in the year 1209, is a plucky 17-year-old living in the French city of Carcassone, an outpost of the tolerant Cathar Christian sect that has been declared heretical by the Catholic Church. As Carcassonne comes under siege by the Crusaders, Alaďs's father, Bertrand Pelletier,entrusts her with a book that is part of a sacred trilogy connected to the Holy Grail. Guardians of the trilogy are operating against evil forces-including Alaďs's sister, Oriane, a traitorous, sexed-up villainess who wants the books for her own purposes.

Kate Mosse is the cofounder and honorary director of the prestigious Orange Prize for Fiction. A fellow of the Royal Society of Arts, she was named European Woman of Achievement for her contribution to the arts in 2000. She presented BBC 4's flagship Readers and Writers Roadshow and is a guest presenter on BBC Radio 4's Saturday Review.